The Honourable Harry Herbert is the grandson of The Earl Carnarvon who discovered the tomb of Tutankhamun in Egypt in 1922. He was born at Highclere Castle, better known as the fictional Downton Abbey, and his brother in law, (as was his father) is bloodstock advisor and racing manager to H M Queen Elizabeth.

Harry is the CEO of Highclere Thoroughbred Racing and of The Royal Ascot Racing Club and coordinator of The Cartier Racing Awards. He is also a Television commentator, Public Speaker and Raconteur.

Harry is also available for voiceover work, he has a well-spoken English voice.

The Honourable Harry Herbert is the grandson of The Earl Carnarvon who discovered the tomb of Tutankhamun in Egypt in 1922. He was born at Highclere Castle, better known as the fictional Downton Abbey, He is the Godson of H M The Queen. He’s the CEO of Highclere Thoroughbred Racing and of The Royal Ascot Racing Club. He’s Racing Manager to HH Sheikh Joann Al Thani and Coordinator of The Cartier Racing Awards. He is also a Television commentator, Public Speaker and Raconteur.

Old Etonian Harry is 58 and the younger brother of the 7th Earl of Carnarvon.

A gregarious figure, Herbert is best known as one of the biggest movers and shakers in horse racing. 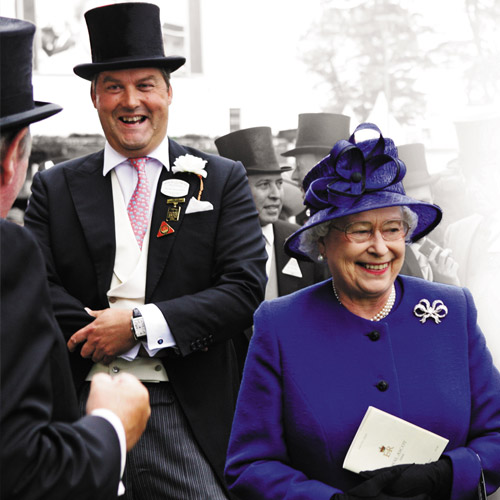 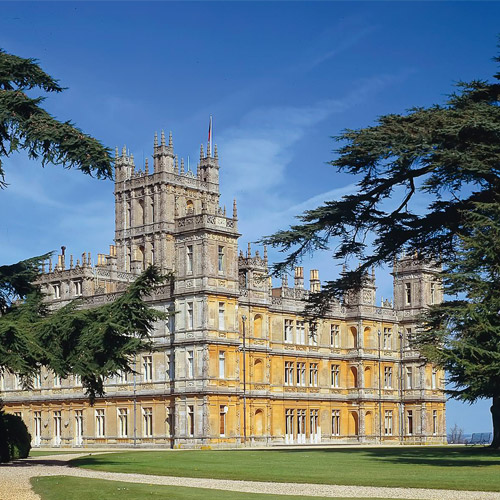 Harry grew up at Highclere Castle, the house that most of us know as Downton Abbey. His father Henry Herbert the 6th Earl Carnarvon was the Queen’s racing manager. Harry has known the Queen since childhood.

Harry explains: “My father was The Queens racing manager and it is fantastic to see my brother in law, John Warren, in the same role”

Speaking in an interview for ITV and HBO’s Our Mother Diana, Our Mother: Her Life and Legacy, Harry Herbert, a close friend of Princess Diana, has revealed that The Queen was concerned about Diana’s well-being during the breakup of her marriage with Prince Charles. He reveals that The Queen asked if he could confirm the rumours about Diana’s growing sadness.

Herbert revealed that Princess Diana’s sons had a hugely positive effect on her despite the difficult times: “And through all the difficulty of other stuff at that time, you could see it was the most important thing in her life were her boys.” 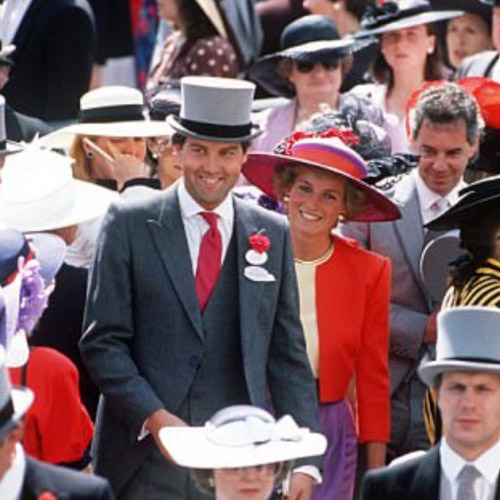 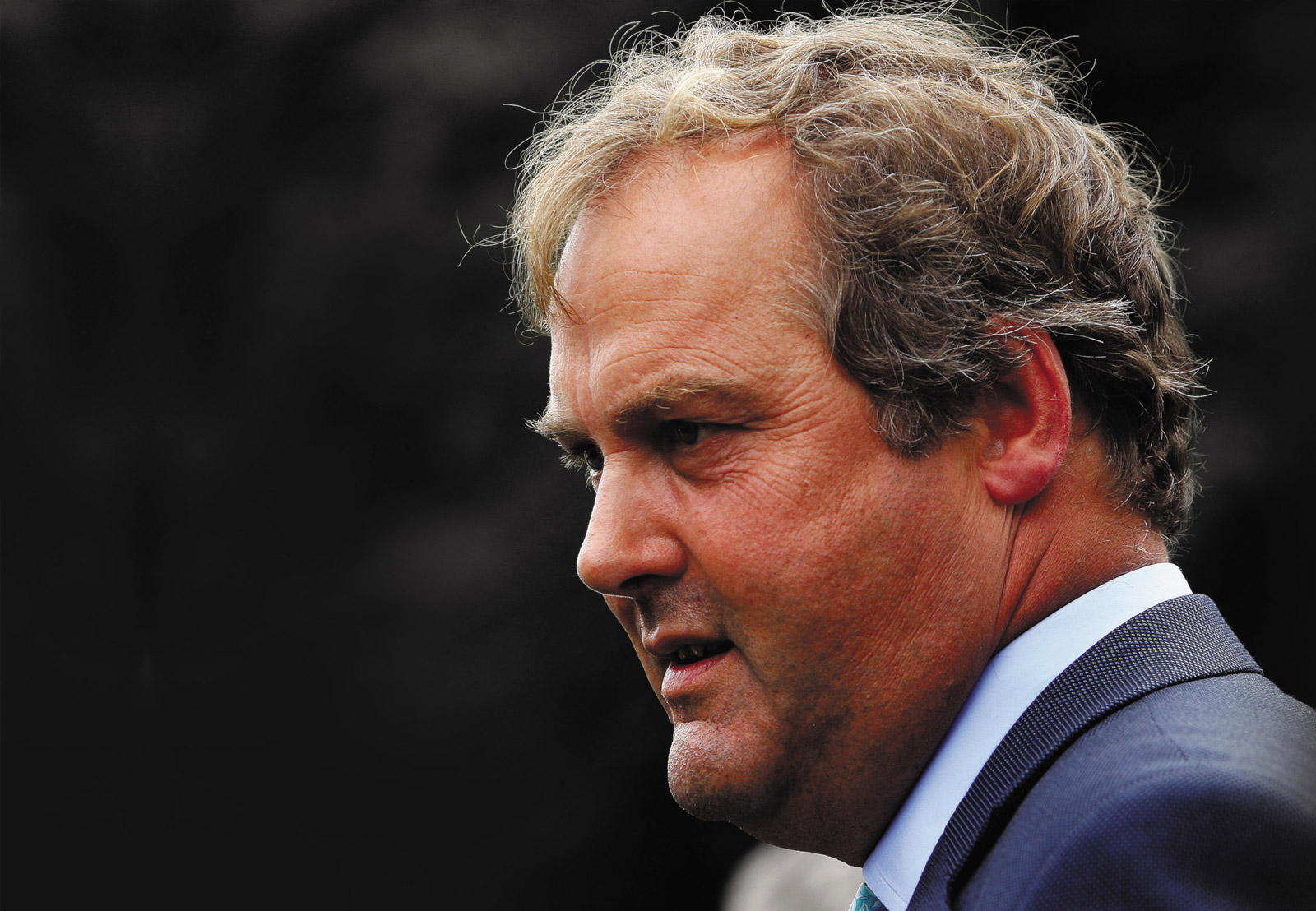 Horse breeding is in the blood

Harry is often assumed to be a dyed-in -the-wool English Aristocrat. He’s actually of dual nationality, his mother is American ( all be it from a family that owned a large chunk of Wyoming).

“My great-grandfather on my mother’s side was the second son of the Earl of Portsmouth and he went out to Wyoming to seek a new life and fell in love with the place and breeding horses and cattle. He owned a fair bit of land but it has shrunk somewhat since his day…

Later it began to make sense (to work with horses) and I was determined to make it my career. I headed off to Kentucky and did four years there.” 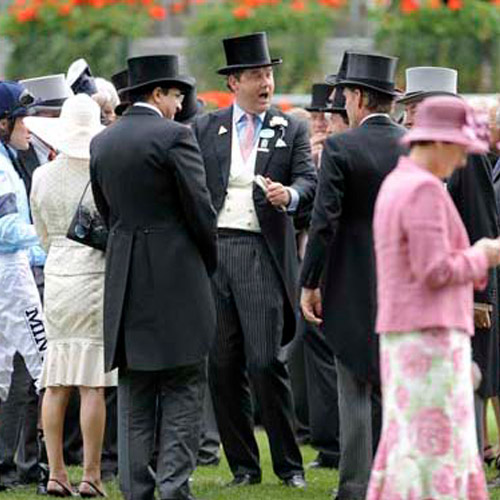 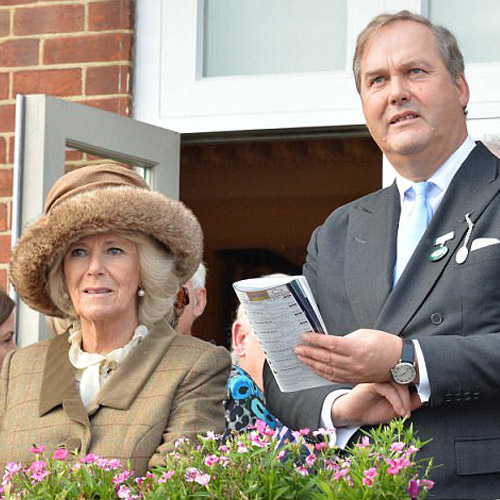 “His geniality – perhaps a better word would be charm – has played a big part in his life. His is a character that has been both shaped by and developed through good fortune. As the grandson of the Earl of Carnarvon who, with archaeologist Howard Carter (whom Indiana Jones was based on) discovered Tutankhamen’s tomb in Egypt; the son of the Earl was racing manager to the Queen; member of a family that reputedly still owns most of Wyoming; born into Highclere, one of the four or five most magnificent houses in England, now familiar to millions as the set for “Downton Abbey,” he knows very well that life has dealt him a pretty exceptional hand – and he has the self-awareness, and the plain decency, to be grateful for his good luck and happy to make the most of it.” 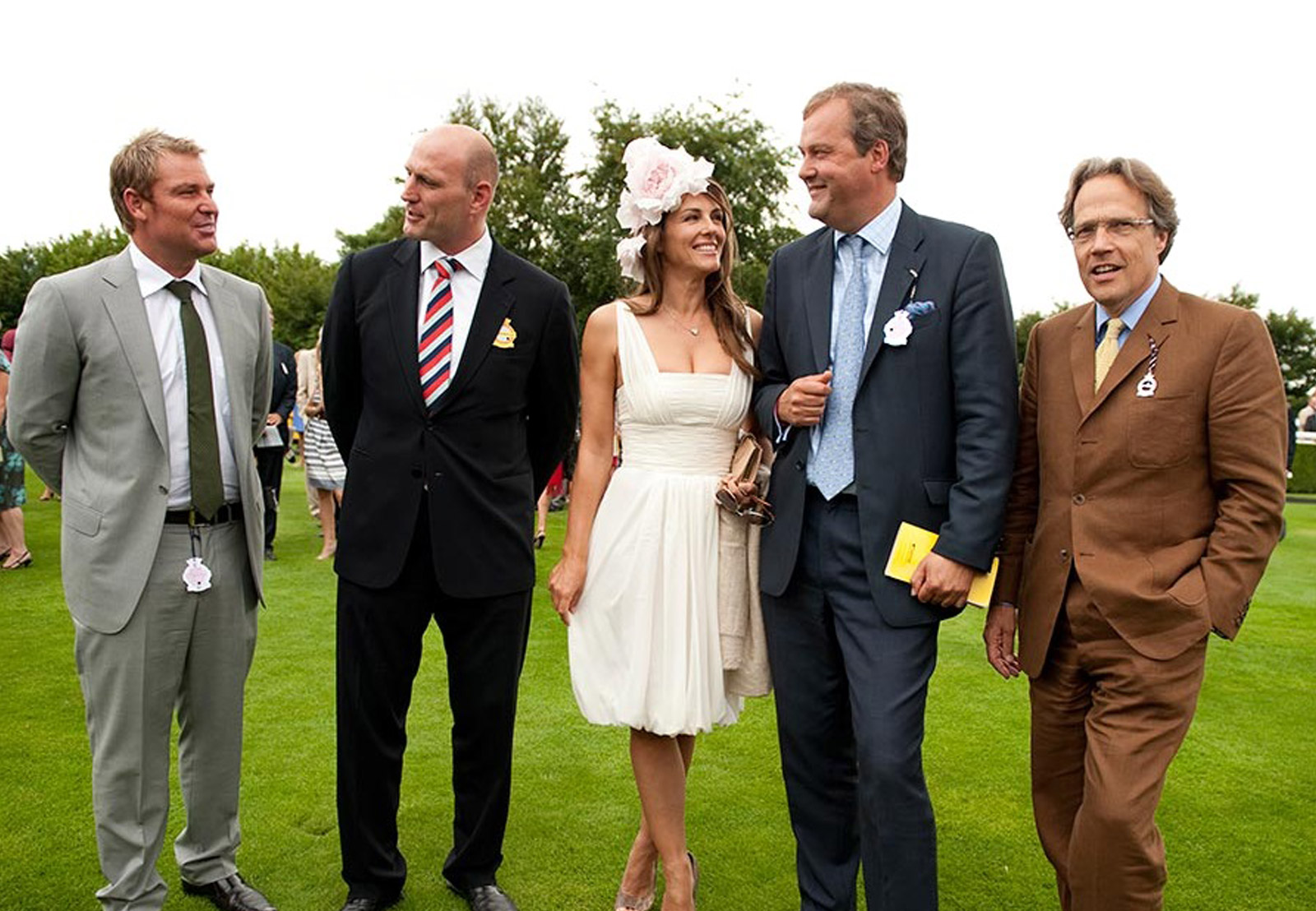 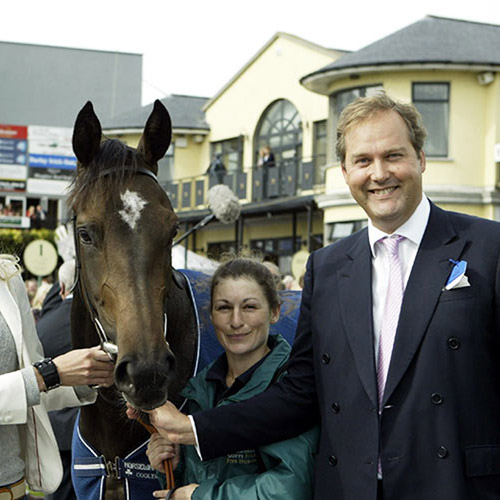 Harry Herbert began his career in the thoroughbred industry in the United States in 1982.

There he worked for Bloodstock Research, the world’s leading equine computer company researching pedigrees before moving on to work for The Matchmaker Group, a bloodstock sales, finance and promotion company.

In 1984 Harry returned to the UK to represent Matchmaker in Europe and in 1985 set up his own thoroughbred management company, HMH Management Ltd., to provide worldwide advisory and promotional services to those in the bloodstock industry.

In addition to being Racing Consultant for Cartier, Harry is a Member of The Jockey Club, and a Director of Newbury Racecourse PLC. In November 2013 Harry was appointed Racing Advisor to His Excellency Sheikh Joaan Al Thani. Al Shaqab Racing started in 2011 with Arabian racing and has now evolved into thoroughbreds, winning major Group 1 titles in the UK and in Europe including the Qatar Airways Prix de l’Arc de Triomphe but Harry has since resigned to focus on Highclere and various media commitments.

“Herbert’s real love, however, was the stage. It won’t surprise anyone who’s seen him presenting the Cartier awards that he longed to be an actor. He even formed the ‘Theatres in Trust’ company with some friends, which performed at the Westminster Theatre, in Victoria. Then his father told him he had to make some money, so he went and licked stamps in the city for four years.” 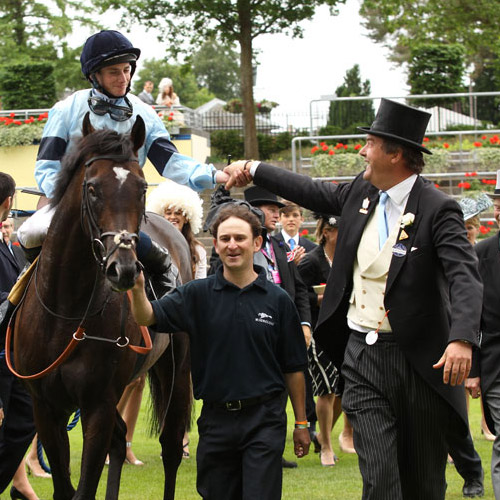