One of the greatest flat racing jockey’s of all time

Lester Keith Piggott (born 5 November 1935) is a retired English professional jockey. With 4,493 career wins, including nine Epsom Derby victories, he is widely regarded as one of the greatest flat racing jockeys of all time and the originator of a much imitated style.

Popularly known as “The Long Fellow” he was known for his competitive personality, keeping himself thirty pounds under his natural weight, and on occasion not sparing the whip on horses such as Nijinsky. Piggott regarded Sir Ivor as the easiest to ride of the great winners.

Piggott began racing horses from his father’s stable when he was 10 years old and won his first race in 1948, aged 12 years, on a horse called “The Chase” at Haydock Park. Piggott is known for his quiet demeanor. He describes his mother as wisely downplaying his success, while his father rarely gave advice unless there had been a particular mistake.

He was stable jockey to Noel Murless and later to Vincent O’Brien and had a glittering career of unparalleled success. Known as the “housewives’ favourite”, Piggott had legions of followers and did much to expand the popularity of horse racing beyond its narrow, class-based origins. 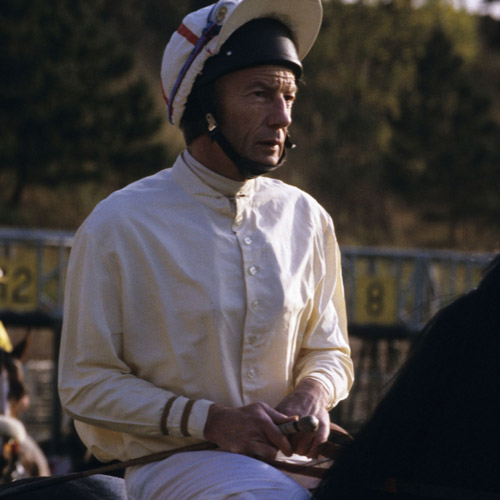 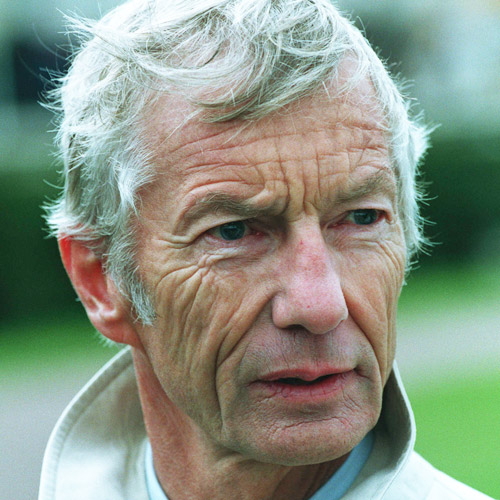 Famously tall for a jockey (5 ft 8 in/1.73 m), hence his nickname of “The Long Fellow”, Lester Piggott struggled to keep his weight down and for most of his career rode at little more than 8 stone (112 lb/51 kg). He pioneered a new style of race-riding that was subsequently widely adopted by colleagues at home and abroad and enabled him to become Champion Jockey eleven times.

In 1980 his relationship with the Sangster–O’Brien combination came to an end and he was appointed as stable jockey to Noel Murless’s son-in-law Henry Cecil, the British flat racing Champion Trainer, at Murless’s old stables, Warren Place. He was again champion jockey in 1981 and 1982.

Piggott lives near Newmarket in Suffolk.