BETFAIR are proud to announce that top jockey, Bryony Frost, is joining their Ambassador ranks

Bryony, the first female jockey to land the coveted ‘King George VI Chase’ on her beloved ‘Frodon,’ and who won the Grade One ‘Betfair Tingle Creek’ on ‘Greaneteen’ this season, will join a stellar list of top Horse Racing talent to air her views and thoughts on Racing and her weekly rides.

Racing fans will be able to read her exclusive thoughts on Betting.Betfair and hear her on Betfair’s suite of Racing podcasts, such as the newly launch Cheltenham ‘Roarcast’ ‘Racing Only Bettor’ and ‘Weighed-In’

Laura-Jane O’Shea, Chief Executive Officer of Betfair commented today: ‘’We are delighted to welcome Bryony to the Betfair Ambassador family. Just like Betfair, she has been an innovator in her field. Rising from Champion Conditional in 2019 to establishing herself in the top echelons of National Hunt Racing. Not easily done in such a competitive environment. Her admirable work ethic and sense of fair play are a reflection of our own values and we are excited by the prospect of working with a genuine role model to generate great content, which will not only serve our customers but will also help showcase Horse Racing to the wider public in a positive and collaborative way’’

Bryony Frost added: ‘’I’m super excited to become a Betfair Brand Ambassador. Being part of the Ditcheat team, with Paul Nicholls, means I’ve seen first hand how great a crew they are to work with and some of the cool Horse Racing content they produce. This is a very important part of the season with all the Spring Racing Festivals fast approaching and we have some really exciting plan over the coming months’’ 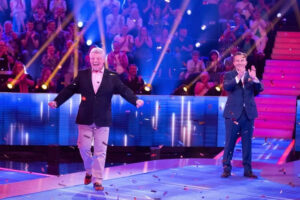 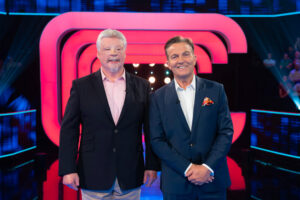 Simon Weston did Beat the Chasers and won £40,000 for his charity DEBRA! 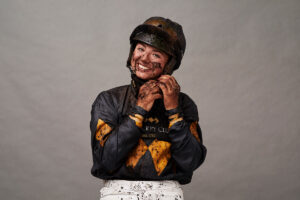 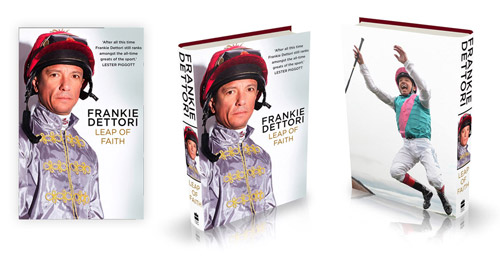 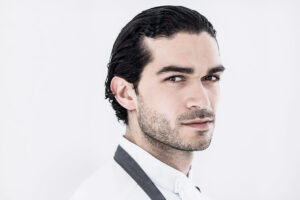 We are delighted to announce that Chef Jozef Youssef- The Food Mentor is joining our team of celebrities and artists.

Amongst a huge list of projects – including one with the NHS, Jozef has been working with scientists at Oxford University and Imperial College, London, to create diets that help boost immunity and reduce the recovery time from serious illnesses – including long covid. 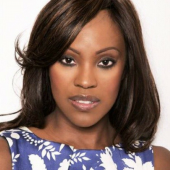 Our client Kelle Bryan who is part of ITV’s Loose Women, says she is delighted that the show has been nominated for an award as part of the  National Television Awards 2020. The show has made it to the long list for the Best Live Magazine Show. Hey, they couldn’t have done it without you Kelle (yes we are a bit biased). 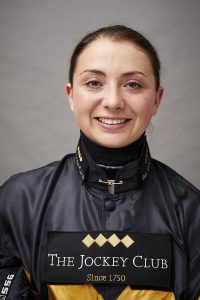 Our client Bryony Frost, made history again on Boxing Day by winning the biggest prize ever by a female jump jockey when she landed the King George V1 Chase on outsider 20-1 Frodon. Bryony beomes the most succesful female British jockey ever. We are all very proud of her. 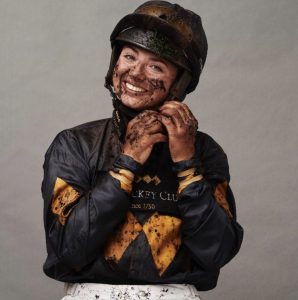 Our client Bryony Frost delighted viewers – and the owner particularly, when she won by two and a quarter lengths at Cheltenham December 12th. The horse – The White Mouse, trained by Lucy Wadham, is owned by music agent Emma Banks who claims her horse is her biggest star of all. Bryony is going from strength to strength, winning 165 of the races she has competed in during the last five seasons. 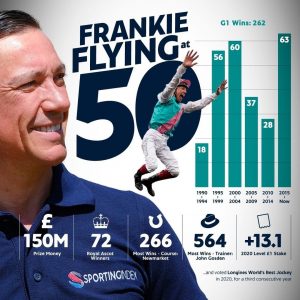 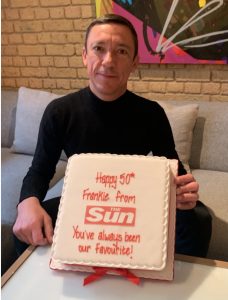 The Sun, the UK’s biggest selling newspaper, dedicated seven pages to Frankie turning 50 this week. It didn’t stop there though, ITV, BBC and many national newspapers plus their social media covered the celebration.

Sporting Index who Frankie is Ambassador for, posted this image ‘Frankie Flying 50’ across their social media domonstrating his successes over the years.